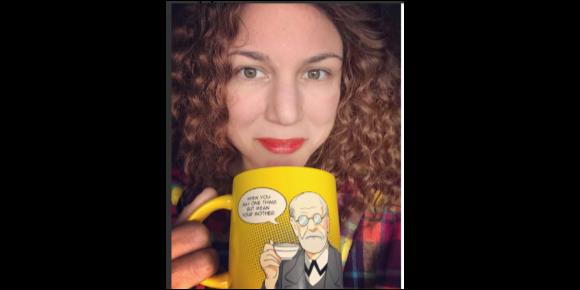 You don’t need to be a pop culture nerd like me to know psychology is embedded in our zeitgeist. People who have not taken Psych 101 are still likely to understand Freud references (see my favorite mug). Consider your own media consumption and how many representations of psychotherapy you may have been exposed to. Since therapy is featured frequently in media, we should contemplate the potential impact of those depictions on our society’s perceptions and attitudes.

While discussions of media representation often hinge on the accuracy of portrayals, theorist Stuart Hall posited that representation’s more significant function is being constitutive: the world the media shows us is simultaneously altered by these depictions (Patierno & Talreja, 1997). Indeed, the power of representation rests with its ability to influence our understanding of the nature of the world.

Unfortunately, when it comes to media, concerns about authenticity or the ramifications of content are likely to be secondary to entertainment value, which can be monetized. In terms of therapy and therapists, this translates into problematic representations that may be driven by dramatic narratives, poorly aligned with reality, and detrimental to how people regard this process and those involved in it.

In their review of representation of therapists in films, Wahl et al. (2018) found that while clinicians are often represented positively, over half of the portrayals include unethical behavior such as inappropriate touch, unauthorized disclosure of information, and social relationships involving clients. Not only that, but therapists on film are mostly depicted using psychodynamic approaches and it is often unclear whether clients actually derive any benefit from being in therapy (Wahl et al., 2018). What if someone’s first experience of psychotherapy is not in the therapy room but in some fictional world they are temporarily inhabiting for entertainment? How would that affect their assumptions about therapy in the real world? In a society where seeking help is already impeded by stigma, among other factors, this is hardly inconsequential. Wahl et al. (2018) proposed that secondhand learning about psychotherapy through the media may cause false impressions, discourage potential clients, and make individuals more vulnerable to exploitation if they don’t know what is appropriate.

Now that we know, what can we do? We could lobby the entertainment industry for better representation. After all, Robinson (2013) concluded that people exposed to positive depictions of therapy regarded it in a more favorable light and were more interested in it. That said, advocacy in this area may not be an easy avenue to pursue when we are up against media conglomerates and revenue streams. A more realistic approach is to engage in small scale content creation (like blogs and other media) and participate in community outreach events, which can help to dispel myths and create goodwill. Above all, it is essential to remember that people may come to therapy with inaccurate beliefs and it is our responsibility to build a solid therapeutic alliance, set good boundaries, and make the covert overt when we sense our clients may have unrealistic expectations.

Robison, T. (2013). The impact of fictional television portrayals of psychotherapy on

viewer’s expectations of therapy, attitudes towards seeking treatment, and induction