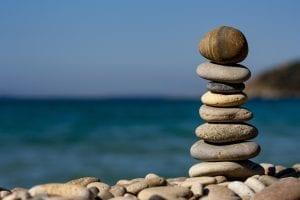 ADHD is a disorder that resides in the biology of a human’s central nervous system. It impairs self-regulation and executive functioning (Matlen, 2014, p. 4), which exhibits through inattention, excess energy/impulsivity, or a combination of both (Matlen, 2014, p. 4). The symptoms begin in the individual’s childhood (Henry & Hill Jones, 2011) and cause inabilities to function in one or more of their environments such as work, school, and home life (Mayo Foundation, 2019).

Executive Functioning: What is it?

Adult women are often misdiagnosed because of ADHD symptoms overlapping with other mental health disorders, like depression and anxiety (Adult attention-deficit/hyperactivity disorder (ADHD), 2019). Many individuals with ADHD have been labeled and/or may label themselves as lazy, overreactors, and/or have mass amounts of clutter (Matlen, 2014, pp. 13-14). Where decisions on what to organize, how to organize it, and thoughts of what tasks need to be completed before, during, and after the project (Matlen, 2014, p. 13) can be a barrier for most people.

Although, memory is a funny thing the items scattered throughout our home, office, and vehicle may be unorganized, but eventually these items may turn into patterns, and an individual may remember an item is in this box or one of three boxes. All these frustrating difficulties can affect emotional wellbeing. This can show itself through low self-esteem, overcompensation, and perfectionism, relating to feelings of shame, health issues due to stress, and/or fear of failure and success (Matlen, 2014, p. 17 ). The mind can be a running hamster wheel that may cause difficulty in sleep quality and eating habits (Fuller-Thomson et al., 2016), among other aspects of one’s life.

Assistance: Where to Begin?

If you find yourself and/or a loved one struggling with symptoms of ADHD, the first step to diagnosing is to receive an evaluation from a licensed practitioner such as your primary care doctor, psychiatrist, psychologist, or neurologist (Matlen, 2014, p. 11).

Matlen, T. (2014). The Queen of Distraction: How Women with ADHD Can Conquer Chaos, Find Focus, and Get More Done. New Harbinger Publications.